* In case of any delay in receiving the OTP, you may verify it later. Please proceed without verification.

Enter your City name or Pincode

Kashi or Varanasi is one of the holiest pilgrimage spots in India being visited by scores of devotees to seek blessings of Kashi Vishwanath (the deity of Lord Shiva worshipped); however the significance of Guptakashi is quite interesting. Guptakashi is a considerable town big in proportion situated in Kedar Khand region of Garhwal province in Rudraprayag district of Uttarakhand. Here too the ancient deity of Lord Vishwanath is worshipped along with the deity of Ardhanarishwara (an idol depicting half man half woman formation of Shiva and Parvati). Located at a distance of 47 kilometers south of Kedarnath, Guptakashi is housed on a ridge at an elevation of 1319 meters above sea level on the west bank of Mandakini River. The ambience of Guptakashi is serene and picturesque with the snow capped peaks of Chaukhamba in the backdrop. 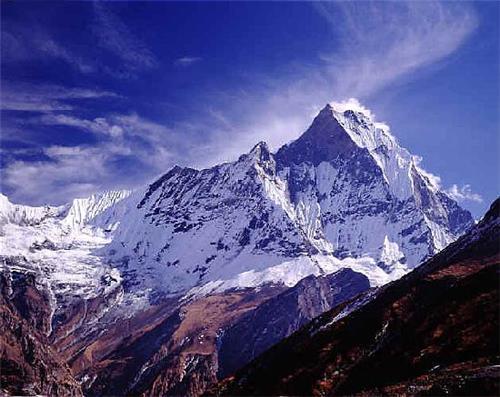 Guptakashi town situated on the mountain opposite side of Ukhimath town in Uttarakhand roughly translates into Hidden Kashi (Gupt-hidden+Kashi). The town derives its name from the epic Mahabharata as after the conclusion of the battle of Kuruskhetra, the Pandavas were seeking the blessings of Lord Shiva to absolve the sins they committed by killing their own kin and cousins. Lord Shiva who was evading them was hiding in the Himalayas took the form of Nandi –a bull in Guptakashi and later he took flight to Kedarnath where his hump is worshipped and respective other locations termed as Panch Kedar where parts of his body scattered. Hence this enactment of Shiva on the banks of Mandakini River in Guptakashi or hidden Kashi gave the place its name. 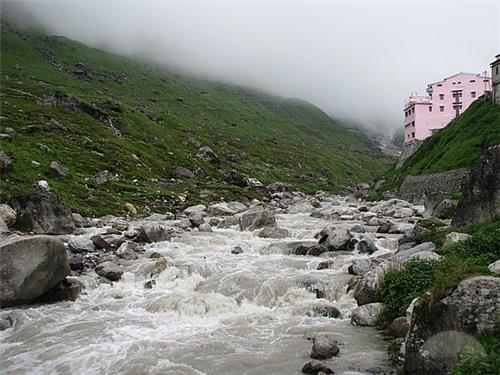 Guptakashi is also a revered place as it is here Lord Shiva is believed to have proposed to Goddess Parvati before getting married in Triyuginarayan village. Manikarnik Kund is also located in Guptakashi where the tributaries of rivers Ganga and Yamuna meet. It is also believed that when Emperor Aurangzeb destroyed the famous temple of Vishwanath at Kashi in Varanasi, the deity was transferred to Guptakashi where an identical temple exists and it is rumored till this day that the original deity of Lord Vishwanath resides here instead of the actual one at Varanasi.

Gangotri is located at an angle of 30.526944° N 79.081667° E. Guptakashi has tropical and healthy climate all through the year except winter months when the area is covered in snowfall.

The temple at Guptakashi is dedicated to Lord Vishwanath- ruler of the universe which houses the idol of Lord Shiva in Bhairava form (a terror ridden image of Shiva) where it is worshipped by Brahmin priests who reside in Guptakashi. The temple is built with stones gathered from neighbouring areas with a tall tower above the sanctum sanctorum and the tower is covered with a wooden frame with roofs descending in a slope. The temple’s architecture is beautiful with two entrance guards at the entryway to the temple while the outer walls are adorned with painted lotuses. On the left side of the temple is the temple of Ardhanarishwara with a metallic sculpture of Nandi-the bull seated outside the temple with a swastika painted on its side. 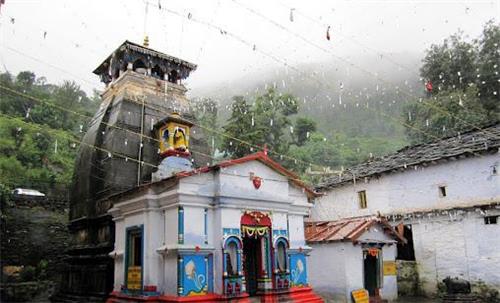 Similarly the Manikarnik Kund is a sacred place in Guptakashi as a Shiva lingam is bathed by the waters flowing from both Ganga and Yamuna rivers into the reservoir. Ganga or Bhagirathi’s water descends on the lingam directly above from the trunks of two elephants whereas Yamuna’s water springs from a cow’s mouth or Gaumukh situated within the reservoir.

Guptakashi’s scenic beauty is outstanding as the area is surrounded by dense forests with magnolia (Champa) trees emanating a sweet scent and the majestic snow capped peaks of the Himalayas; i.e. Chaukhamba visible from Guptakashi is a paradise for nature lovers.

Exactly on the opposite side of Guptakashi is a stupa in Ukhimath which is considered to be the grave of Rana Nala. Legendary stories of a condemned love affair between Krishna’s grandson Aniruddha and demon king Banasur’s daughter Usha at Ramgarh near Ronitpur in Ukhimath also resonates through Guptakashi.

October to March is the ideal time to visit Guptakashi. In winter the roads get blocked and inaccessible due to snowfall.

Guptakashi is a popular trekking destination and well as pilgrimage spot hence there are a number of hotels and camp resorts in the area. Given below is a list of hotels :

How to Reach Guptakashi

The nearest railway station to Guptakashi is in Rishikesh at a distance of 178 kilometers on NH 58 which is connected with major cities and towns in India via rail network. Tourists and pilgrims can avail taxis or private/rented vehicles via motorable roads from all destinations in Uttarakhand. Buses/ taxis to and from Rishikesh and Srinagar are available via ISBT Kashmiri Gate, Dehradun, Pauri, Rishikesh, Rishikesh, Uttarkashi, Chamoli, etc. Jolly Grant Airport in Dehradun is the nearest airport to Guptakashi located at a distance of 190 kilometers connecting Dehradun to Delhi.

Distance of Guptakashi from major cities and towns

Guptakashi is famous for the Vishwanath Temple dedicated to Lord Shiva; however there are several religious spots and tourist places near the town.

Triyuginarayan Temple is located in Triyuginarayan village in Guptakashi dedicated to Lord Shiva and Goddess Parvati who are considered to have got married in this area. The temple is visited by scores of pilgrims and devotees every year to seek the blessings of the deities.

Chopta is a panoramic village which is located at the inception point of the trek to Tunganath off Gopeshwar-Guptakashi road and the hamlet offers spectacular view of the snow covered peaks of the Himalayas; namely Nanda Devi, Chaukhamba and Trishul. The village is located at an elevation of 2680 meters surrounded in dense greenery and forests with rhododendrons, deodar and pines. Chandrashila which offers a stunning view of the peaks is accessible from Chopta.

Valley of Flowers National Park located in Bhyundar Valley in the Himalayan Garhwal zone at an altitude of 3,658 meters along with beautiful waterfalls is quite a mesmerizing place. The UNESCO World Heritage Site is located in Chamoli district of Uttarakhand and offers breathtaking view of the Himalayas in the backdrop with 500 species of flowers of various colors and aroma blooming in the valley between months of June and October.

Tourists can also visit Rishikesh enroute Guptakashi as the place is renowned for yoga and meditation and visited by devotees and pilgrims throughout the year. Serving as the entry point to the majestic Himalayas, Rishikesh is also popular for river rafting, kayaking, trekking, rock climbing apart from spots like Paramarth Ashram, Laxmanjhula and Ramjhula bridges over river Ganga.

Dehradun located in Garhwal zone of Uttarakhand is also its capital and famous for Doon valley, picturesque tourist spots, serene ambience and pleasant weather. The summer resort of the British with marvelous view of the peaks, streams and orchards is also renowned for paragliding, skiing, angling, river rafting and more adventure sports / activities.

Guptakashi does not have all the emergency services required to deal with unforeseen circumstances, yet it has a police station, air ambulance facility and medical stores. However it does not have blood banks or fire station.

Guptakashi does not have a hospital in the area thereby residents of the town need to visit HNB hospital in Srinagar, the closest hospital to this town.

Utilities and Services in Guptakashi

Guptakashi offers some basic utilities and public services to its residents like post offices, petrol pumps, banks etc, although it cannot provide certain other necessities for which residents have to visit neighboring towns or cities to avail them.

Given below is a list of utilities and services:

Comments / Discussion Board - About Guptakashi